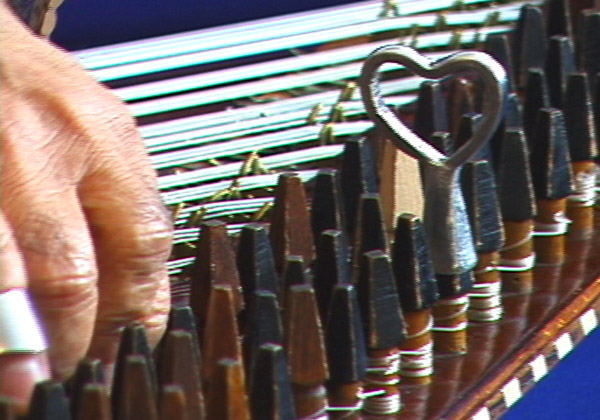 This chapter captures various Arabic music jam sessions by Iraqi-Jewish musicians now living in Israel. Amongst them is Abraham Salman, a blind khanoun player who was born in Iraq in 1931 and became a child prodigy by the age of 5 in Baghdad. He joined the Iraqi Radio Orchestra and accompanied renowned Arabic singers such as Muhammad Abd Al-Muttalib, Nazem Al-Gazali and Sou'ad Muhammad. He is beloved by present-day Iraqi musicians such as Munir Bachir, as one of Iraq’s most talented modern musicians, even though he hasn’t lived there since his departure to Israel in 1950. In Israel, he worked with the Arabic orchestra of the Israeli radio, called ‘Kol Israel’ until 1988. He continues to play privately amongst Iraqi friends and music enthusiasts, despite a recent stroke that has slowed him only slightly. The singer ‘Iman’, daughter of a renowned Baghdadi singer Abdu Saada, is also featured here at home with composer and producer Naim Rejwan. The few recent attempts that had been made to circulate their CDs back into Iraq brought her brief but obscure fame on Baghdad’s radio as the mysterious ‘golden voice’. Weekly gatherings in the suburb of Ramat Gan bring together these musicians and other amateurs devoted to Arabic music.